This year, despite the situation arising from the pandemia of COVID-19, the VII International Symposium of Marine Sciences (ISMS 2020), which takes place every two years, is maintained and reinvented, celebrating an on online mode. For the first time, the Workshop on Marine Litter (BAMAR2020) is held, which aims to answer the existing concern on this issue in the scientific field and other sectors of society and management. In addition to this, the event also brought together the Iberian Seminary of Marine Chemistry (SIQUIMAR 2020) and the Workshop on Marine Reserves (REMAR 2020)

From the research group Technologies, Management and Environmental Biogeochemistry (TGBA), we have participated with four presentations presented by three of our young researchers. Find out below!

Ballast water discharge profile at the Port of La Luz

Within the different activities of the @Blueports Project, the researcher Perrine Nantois studied the ballast water discharge profile of the port of Las Palmas de Gran Canaria. The profile has been carried out considering the different ports of origin and the type of ships docking the port during the years 2018 and 2019. This work will allow, among others:

The preliminary results of the work show that the ships with the highest volume potentially unloaded have as their origin ports on the Northwest African coast.

The PhD student Tania Montoto had the opportunity to advance, at the BAMAR Workshop, some results of her research on the presence and characterization of microplastics in the stomach content of stranded cetaceans in Macaronesia, as well as the presence and concentration of some persistent organic pollutants (such as phthalates, bisphenols and pesticides) in their muscle tissue.

Although it is worth mentioning that fibers were identified in all the samples analyzed, only four animals presented plastic fragments inside, these being, and in addition, smaller than 5mm. On the other hand, all the individuals, without exception, presented levels of phthalates, bisphenols and pesticides in tissue.

This work has been developed thanks to the collaboration of institutions such as the Museu da Baleia, or the University of Animal Health Institute, through the MARCET Project (MAC/1b/149).

Characterizing the chemistry of an anthropogenic station

The participation of the TGBA group in the SIQUIMAR event was made through a poster presentation, where Abisai Melián presented some preliminary results of the work that has been carried out within the framework of the ECOMARPORT project (MAC/1.1.B/081), whose objective is the assessment of air quality in the port of Las Palmas de Gran Canaria by identifying the concentrations and sources of atmospheric particles in suspension.

This communication presented a comparison between the total metal content and soluble in particulate sprays at two sampling stations, one of anthropogenic influence located in the Port of Las Palmas, and another of rural type, located in Pico de la Gorra, where the TGBA research group has been sampling since the end of 1996.

The results show differences between the two seasons, with a greater presence of typically anthropogenic elements in the Port that control the solubility of metals. The presence of these elements, however, does not exceed the limit concentrations in accordance with RD102/2011.

Motivations and concerns of young researchers

Tania Montoto also presented an oral communication on behalf of OYSTER, a working group of young marine researchers from EuroMarine. In it, were presented the results of a survey conducted in 2018 on the most common motivations and concerns among the profiles of young predoctoral researchers, master’s students, contracted in project, etc., of different institutions and nationalities were released.

Among the upcoming activities of OYSTER, it is worth highlighting the participation in the EuroScience Open Forum (ESOF), the launch of a new survey – this time on family reconciliation and the advantages and disadvantages of mobility during this early scientific stage – as well as the start of a mentoring program, among other actions. To stay up-to-date with news, we recommend you their Twitter account: @EM_OYSTER

The “Coffee with Science” is an event organized by the ULPGC Sustainability Office, the Government of the Canary Islands and the Elder Museum as part of the activities of the UniPlaNet Project for awareness-raising in education and environmental sustainability.

The first of these “coffees” was held last Friday, January 24th at the Elder Museum, where researchers from the TGBA Research Group participated hosting three debate tables on issues about air quality, risks of pollution related to ballast waters and the problems associated with plastic mismanagement. Again this week, on Friday 31st, a new session is expected. This time it will be followed by a collective presentation of the conclusions reached.

The objective of the “Coffee with Science” is to bring to the public the research topics that are currently being developed by young scientists at the ULPGC, while collecting from the audience the main concerns and visions, sharing different views and reducing the gap between scientific knowledge and street-level knowledge.

Climate change, as a central and common theme at the various tables, addressed the multiple effects it can produce on oceanography, marine pollution, air quality, coastal transformation or preferences in the tourism sector.

Next Friday the debate, from 5 to 6 pm, will also be well accompanied with coffee and cakes. Next, the conclusions session will take place. Admission is free of charge upon registration on the Elder Museum website. Below are some images taken by the Elder Museum.
You can also be an active part, join us!

During the European Night of researchers, research centres, universities and scientific associations from all over Europe organize different activities for all the public. In the case of Gran Canaria, the event was organized by the The Canarian Science and Technology Park Foundation of the University of Las Palmas de Gran Canaria, giving as a result the Macaronight, an event that took place in the Plaza de Santa Ana in Las Palmas de Gran Canaria.

From the Group of Environmental Management, Technologies and Biogeochemistry we left the laboratory to present our work on the streets through two fun and educational activities.

In particular, we chose two themes: the environmental impact of recreational and/or tourist activities on sensitive natural areas, and the importance of pH in life and marine environment, demonstrating how this famous scale of acidity can be represented through simple experimentation and just with “home ingredients”.

Schoolchildren (and also adults!) checked the pH of different solutions of everyday items such as toothpaste, jet water, soft drinks or detergent using lombard cabbage extract as a colorimetric indicator. This experience was used to explain the environmental problem associated with marine acidification, on which a “research kit” was distributed to develop at home or in the classroom. This experiment involves tracking the dissolution of shells from marine organisms in white vinegar (which would simulate a highly acidified ocean).

On the other hand, and taking advantage of the ECOTOUR Project, fom the MAC 2014-2020 Territorial Cooperation Call that we have active, we emphasized the environmental values that La Marciega hosts. This natural place, located in La Aldea (Gran Canaria), represents a refuge for the birdlife of the island through which the protagonist of our story, with the help of many schoolchildren during the morning, walked “without leaving trace in the environment”.

Thus, through a panel that highlighted the precautions to take into account when going through a natural environment, a series of “environmental challenges” similar to those in the famous table games were passed. Walking without leaving the trail, respecting the flora and fauna and avoiding making a fuss are some of the recommendations that were remembered and encouraged among schoolchildren to generate as little environmental impact as possible in our spare time outdoors.

The Macaronight (@MacaronightEU) is the shared way of the Macaronesian archipelagos to participate in the European Resarchers’ night, an initiative held on the last Friday of September each year. The aim of this event is to show the work that involves being a scientist, bringing it closer to society, promoting scientific culture in general, and demonstrating to the future generations the possibilities when choosing a career in science.

In Gran Canaria, Friday the 27th is presented as a day of activities for all ages. From the Research Group on Technologies, Management and Environmental Biogeochemistry (TGBA) we will be participating with experiments of fun chemistry and a special outdoors board game in which the objective will be to walk around the environment… without leaving trace!

If you come from a secondary or primary school, or as a family, we encourage you to stop by our tent, in the morning or afternoon hours, in the Plaza de Santa Ana.

If you are interested in participating directly, collaborating on the dynamics that we develop during the day with visitors, and also certify your hours through the ULPGC Technology Science Park Foundation, then do not think about it anymore and fill out the form below. 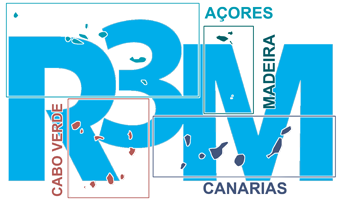